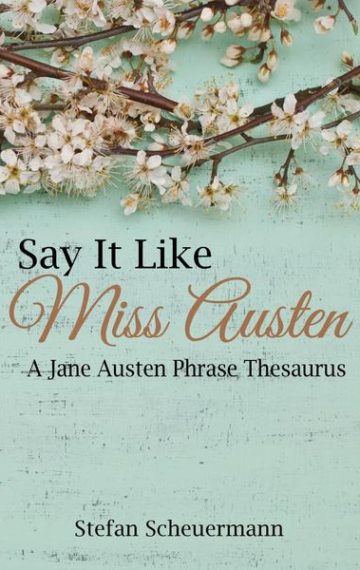 This book is a guide to speaking and writing like a Jane Austen character. With more than 1,400 of Jane Austen’s most elegant and witty phrases, quoted directly from her major novels, unfinished work, short stories, juvenilia, and personal letters, all placed into categories of expressional needs, with translations into the common phrases of today, this phrase thesaurus is a guide to conversing like the heroes, heroines, and villains of Jane Austen’s sublime body of work. This book also serves as a study into the evolution of English expression, from the late 18th century to today. Jane Austen’s letters to her sister, Cassandra, were the equivalent of today’s phone calls, e-mails, and texts, giving us voyeuristic insight into normal, daily expressions Jane Austen never intended to be published. For the words that have fallen out of use, this book contains a glossary of original definitions, written with Austen-esque wit and sarcasm. An ocean of the loveliest phrases from one of English Literature’s most celebrated writers, whose increasing acclaim has brought her elegant phrases into popular culture, is captured in this book.